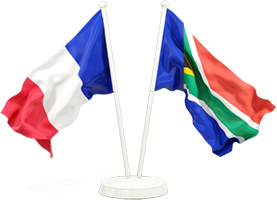 1.    11m '15': Pull up on the white face on horizontal holds. Move right into the groove. /"Climb up with an awkward move up on a sloping ledge. Move delicately up on tiny footholds on the rib on the right to reach the hand holds on top. Exit up right on to the stance.

3.    28m '10': Climb the face to the Upper Africa Ledge. Walk left along the ledge towards the Africa Crag nose. The chimney crack facing the ledge is that of Africa Crag.

4.   23m '10': Climb 8m up the chimney crack, traverse out left around the corner for 12m and move slightly up to a small stance in a vague depression.

6.   20m '12': From the left-hand end of the ledge stepdown and into a crack, climb this until forced to rail left onto the corner. Climb the easy face to a large ledge.

7. Climb the grassy face from right to left into a chimney behind a large block. Continue through and out the top of the chimney to a large grassy ledge

Amazing. The pitches below Upper Africa Ledge are often bypassed by climbing the first pitch of Africa Wall.

No Longer at Ease

Route Name
Africa Crag
Thank you! Your submission has been received!
Oops! Something went wrong while submitting the form.